My visit to Ellora Caves

Ellora is an archaeological site in the Indian state of Maharashtra built by the Rashtrakuta Dynasty. Famous for its monumental caves, Ellora is a World Heritage Site. 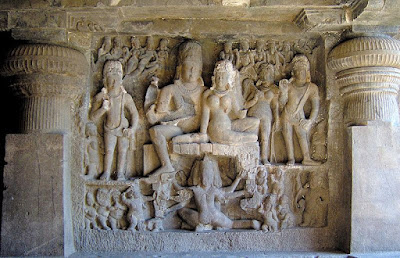 Ellora represents the epitome of Indian rock-cut architecture. The 34 "caves" – actually structures excavated out of the vertical face of the Charanandri hills – being Buddhist, Hindu and Jain cave temples and monasteries, were built between the 5th century and 10th century. The 12 Buddhist (caves 1–12), 17 Hindu (caves 13–29) and 5 Jain caves (caves 30–34), built in proximity, demonstrate the religious harmony prevalent during this period of Indian history. 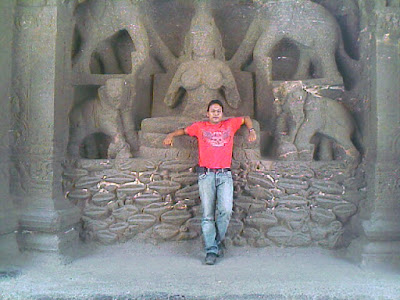 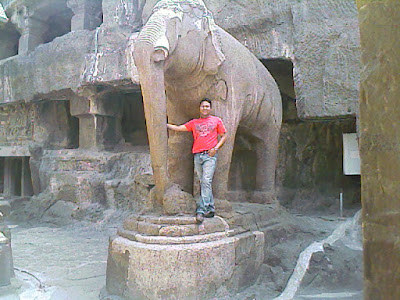 The construction of this cave was a feat of human genius – it entailed removal of 200,000 tonnes of rock, and took 100 years to complete. 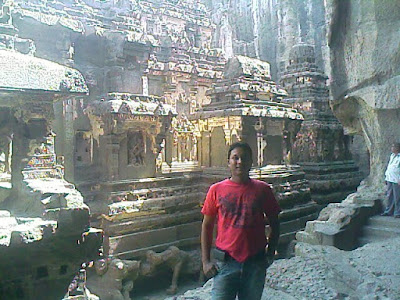 A tourist can plan the visit of these caves according to the time available and depending upon the interest in ancient art. If a visitor has at his disposal three to four hours, then the Cave nos. 10 (Visvakarma Cave), 16 (Kailasa), 21 (Ramesvara) and 32 & 34 (Jaina group of caves) should not be missed. Thus, by visiting these caves, one can have a glimpse of the representative art of Buddhism, Brahmanism and Jainism. If a visitor has an entire day at his disposal, the Cave nos. 2, 5, 10 & 12 of the Buddhist group; Cave nos. 14, 15, 16, 21 & 29 of the Brahmanical group and Caves 32 to 34 of the Jaina group should be visited.

The caves are excavated in the scarp of a large plateau, running in a north-south direction for nearly 2 km, the scarp being in the form of a semi-circle, the Buddhist group at the right arc on the south, while the Jaina group at the left arc on the north and the Brahmanical group at the centre. 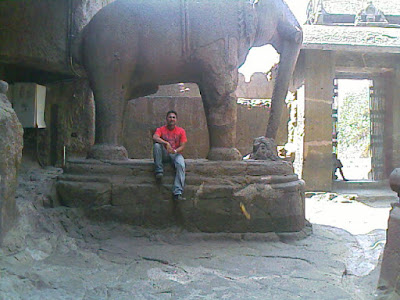