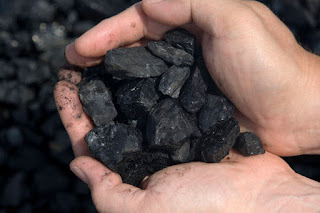 Today’s Economic Times have got shocking head-lines about Coal India ltd. This news article was in response to the statement given by our Coal Minister Mr. Sriprakash Jaiswal on measures to tackle coal shortages. In his interaction with press on subject of nationwide coal shortage, Mr. Jaiswal attributed corruption, inefficiency and low moral values for low productivity.
At last the Coal minister have realised that corruption, inefficiency and low productivity have affected the Coal India Ltd output by at least by 25 percent. This is true of the entire economy and most of the PSU’s. Now once the problem is recognised, I think Minister will definitely take necessary steps to resolve the issues. People are really worried; they don’t need blackouts during these festive days. It is not the case that performance of CIL is very poor, they are doing well. Problem is just minor mismatch between demand & supply. Let me take you to the past to make it clearer...
India has a long history of commercial coal mining, nearly 220 years, starting from 1774 when M/s. Sumner and Heatly of East India Company started first Coalfield at Raniganj along the Western bank of river Damodar. However, for about a century the growth of Indian coal mining remained sluggish for want of demand but the introduction of steam locomotives in 1853 gave a fillip to it. Within a short span, production rose to an annual average of 1 million tonne (mt) and India could produce 6.12 mts. per year by 1900 and 18 mts per year by 1920. The production got a sudden boost from the First World War but went through a slump in the early thirties. The production reached a level of 29 mts. by 1942 and 30 mts. by 1946. With the advent of Independence, the country embarked upon the 5-year development plans. At the beginning of the 1st Plan, annual production went upto 33 mts. And today we have reached the monthly production of 35mts and that’s a remarkable achievement. Now coming back to present...
There are several factors that count for low productivity especially now-a-days:
• Torrential rains had turned many open cast mines into vast lakes
• Strikes by miners and blockades by pro-Telangana agitators.
• Rampant malpractices
• Inefficiency
• Over staffing
Production can increase by 15% if Coal India operates in better way and pilferage is stopped. When employ morale is good, there is improvement in productivity and production, because this is very labour-intensive industry. It can alone make difference of 10-15%