Fastenal - example of what small 'Nuts' can do 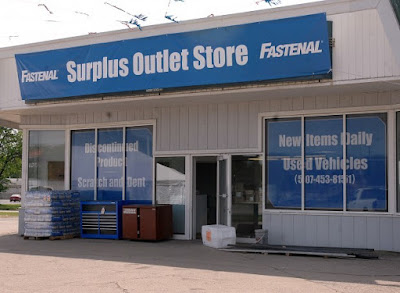 Here's a simple question for all you students of business success and stock-market returns: What has been the best-performing stock in the United States since the "Black Monday" crash of 1987? If you said Apple or Microsoft or Walmart or Berkshire Hathaway, you'd get credit for a reasonable answer. But you'd be wrong. The best-performing stock in the United States over the last 25 years is a company that most of you, I'd be willing to guess, have never heard of — a company called Fastenal, based in the quiet town of Winona, Minnesota (population: 28,000), located on the banks of the Mississippi River 30 miles northwest of La Crosse, Wisconsin.
In what glamorous, high-margin, cutting-edge business has Fastenal made its mark? Not software, healthcare, or aerospace. Fastenal is the country's dominant distributor of nuts and bolts. That's right...If you've got the proverbial screw loose, if you're a major construction company or a small contractor or individual homeowner desperate for an exotic nut or bolt to complete a job, Fastenal is where you turn.
According to a recent article in Bloomberg BusinessWeek, the company has more than 11,000 sales people in 2,600 stores along with an online catalogue that extends for 10,700 pages. It also has more than 5,500 "fully customized and automated Fastenal stores" on job sites and at customer locations — essentially, vending machines for nuts and bolts. The result of this overwhelming reach is truly overwhelming business performance. According to BusinessWeek, the company's share price is up 38,565 percent since October 1987. Microsoft, by contrast, is up less than 10,000 percent over that same period (still not bad!), and Apple is up by 5,500 percent.
From HRB