When Beetle had to pay for bugging TATRA 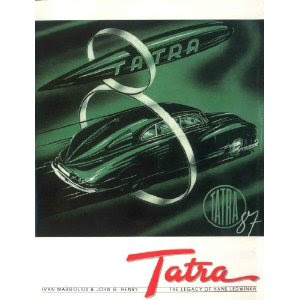 Hans Ledwinka, the chief design engineer of TATRA between 1921 and 1937, had given Hitler a drawing of small, ait cooled rear-engine car. Hitler passed it on to the legendary auto designer Ferdinand Porche. A year later, porche bagged the contract to design the iconic Volkswagen Beetle. The Beetle bore a striking resemblance to TATRA’s type 77 car. TATRA sued Volkswagen for patent infringement. But as fate would have it, Germany invaded Czechoslovakia during the same time. The suit was stopped right in it’s track, since TATRA was based in Czechoslovakia. It reopened after the World War II and in 1969 Volkswagen paid TATRA 3 million Deutsche marks in an out-of-court settlement.