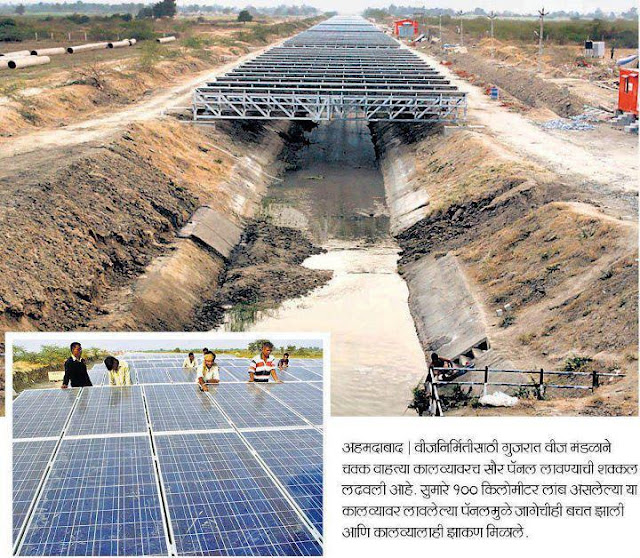 The solar panels are being laid atop the Narmada branch canal near Chandrasan village of Mehsana’s Kadi taluka, around 75 km from Ahmedabad.The Gujarat State Electricity Corporation Limited (GSECL) will install these solar panels for about 1 km over the Narmada Canal for generating 1 MW of solar power. The engineering, procurement and construction contract for the project has been awarded to Sun Edison at a cost of Rs17.71 crore. In traditional solar energy plants, the solar panels are laid on the land and in this unique method, the solar panels will be covering the canal. This project is believed to have the following uses-
1. The electricity is generated from renewable solar energy and hence it is clean and environment friendly.
2. Since the canals are covered with solar panels, there will be no explicit need to acquire lands to install the solar project.
3. The water evaporating from the canals will be reduced as the canal will be covered.
4. The power generated will be supplied to villages alongside the canal, which will lead to lower transmission losses.
Newer Post Older Post Home