Simplicity is a strict taskmaster 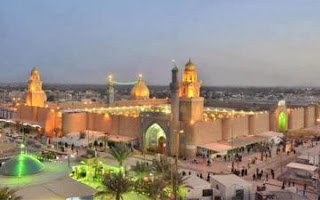 When mayor of Kufa – a small city, 90 miles south of capital of Iraq approached to Major of US Army with problem of regular riots at the city’s centre market plaza; Major analysed the video of recent riots and had identified a pattern: violence was usually preceded by a crowd of Iraqis gathering in open space or plaza. Over the course of several hours its size will grow. Food vendors will show-up, as well as spectators. Then, someone would throw a rock or a bottle and all hell would break loose.

When major met with kuaf’s mayor, he made and odd request: could you keep food vendors out of plaza? Sure, the mayour said.

A few weeks later, a small crowd gather near the Masjid-Al-Kufa, or great Mosque of kufa. Throughout the afternoon, it grew in size. Some people started chanting angry slogans. Iraqi police, sensing trouble, radioed the base and asked US troops to stand by. At dusk, the crowd started getting restless and hungry. People looked for the kabab sellers normally filling the plaza, but there were none to be found. The spectators left. The demonstrators become dispirited. By 8pm every one was gone.

Some time a complex situation can be controlled by simple steps....