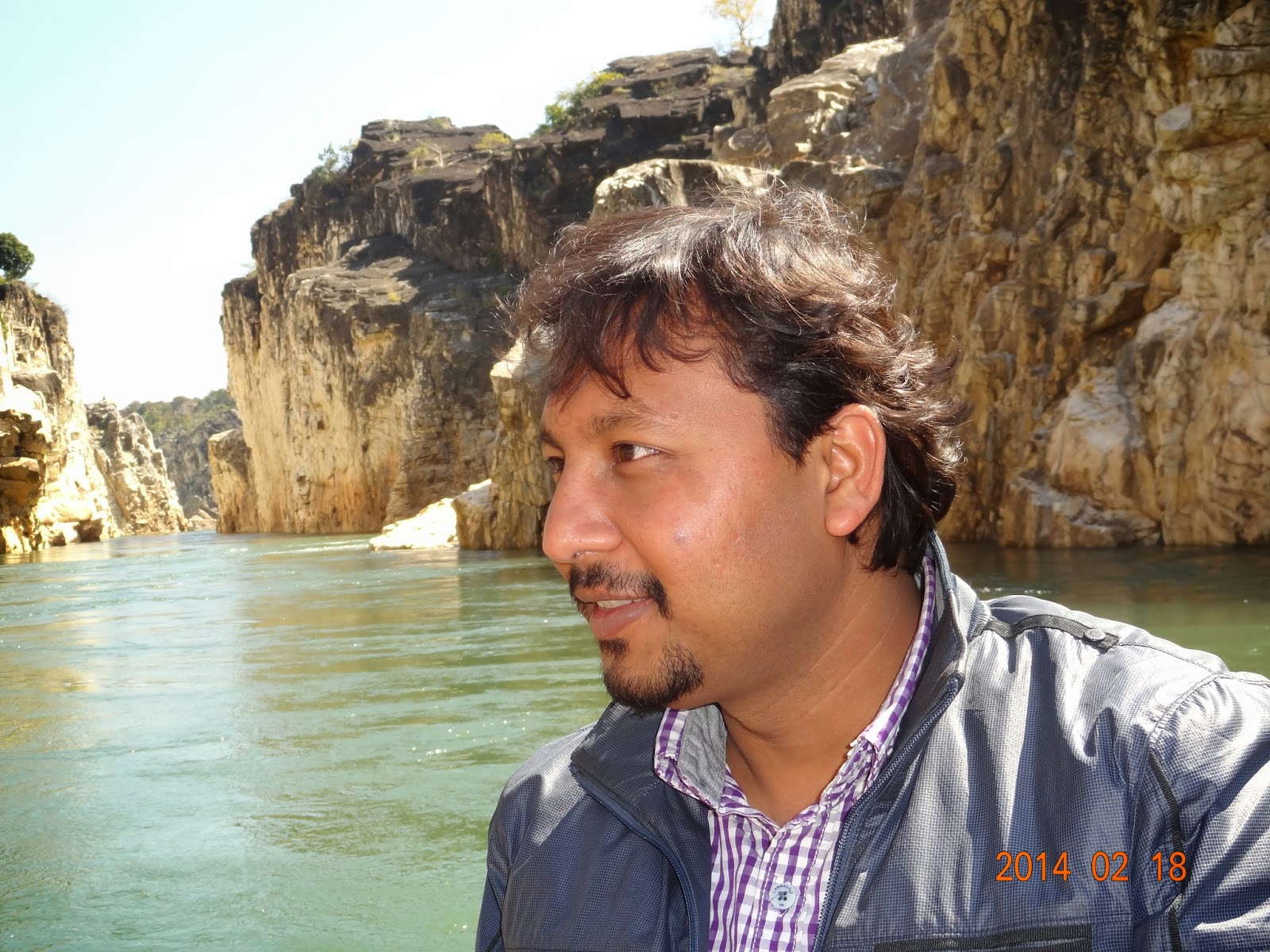 In his book The Highlands of Central India; Notes on their Forests and Wild Tribes, Natural History, and Sports - Captain J. Forsyth speaks eloquently about the infinitely varied beauty of the rocks: "the eye never wearies of the ... effect produced by the broken and reflected sunlight, now glancing from a pinnacle of snow-white marble reared against the deep blue of the sky as from a point of silver, touching here and there with bright lights the prominence of the middle heights and again losing itself in the soft bluish grays of their recesses. Here and there the white saccharine limestone is seamed by veins of dark green or black volcanic rock; a contrast which only enhances like a setting of jet, the purity of the surrounding marble."
James Forsyth (1838–1871) was an English traveller in India. After receiving a university education in England, and taking his degree of M.A., Forsyth entered the civil service of the East India Company, and went out to India as assistant conservator and acting conservator of forests. In a short time he was appointed settlement officer and deputy-commissioner in central provinces.
Bhedaghat is a town and a nagar panchayat in Jabalpur district in the state of Madhya Pradesh, India. It is situated by the side of river Narmada and is approximately 20 km from Jabalpur city. Its most famous sights is the Dhuandhar falls. 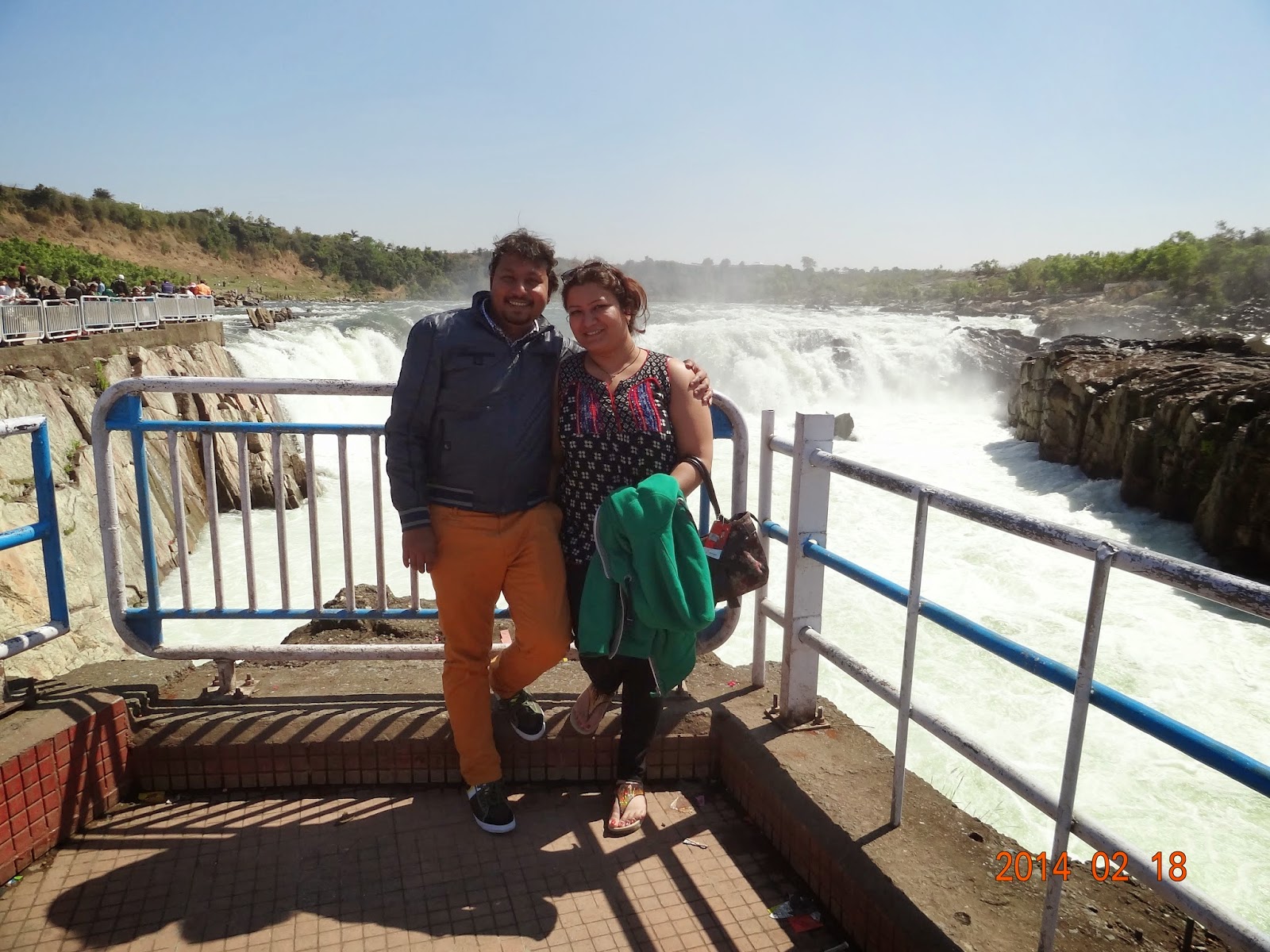 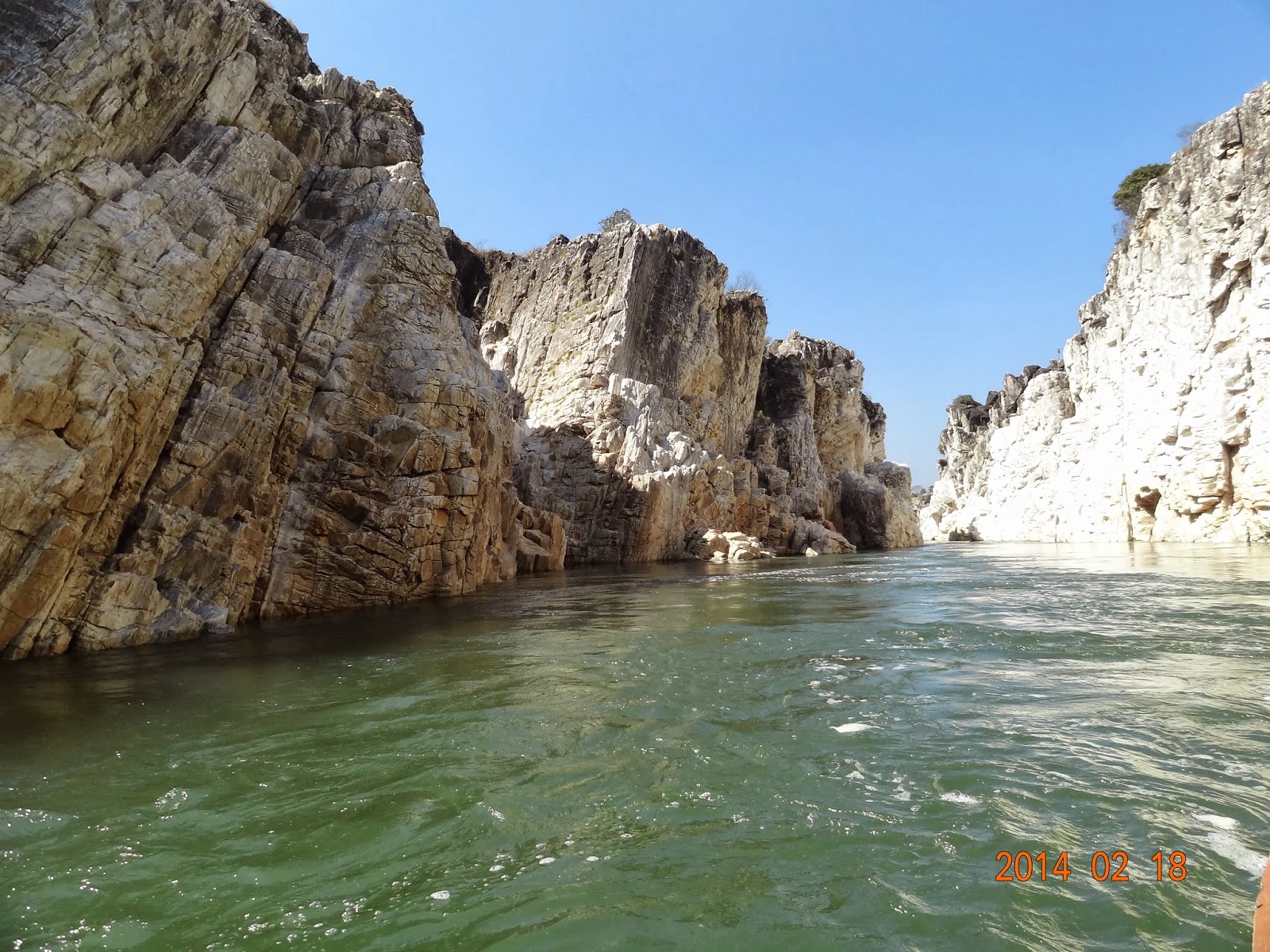