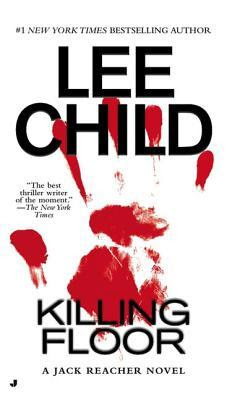 After reading a Si-Fi, I was searching for a thriller novel and found this one. This book has presence in almost all top list for thriller-fiction. This is my first book from Reacher series. Liked the language, it is easy, crisp and simple. One best thing I liked most- no  big and complicated sentences, which make it fast and easy to read. Starting is impressive, high impact plot and situations. You will like the way these guys - Reacher and Finlay interact - it is awesome. Sometimes Reacher had an edge over Finlay sometimes other way round, I enjoyed this happening.

Twist and turns are delicacies of this book. I don't know how Lee has managed this to do it in his very first book. Every chapter ends with horrifying turns...literally 360 degree turn. Unimaginable plot. It's about crime going on in America which is dangerous for its economy and currency. Story is so well crafted that it will compel you to guess and your each guess will went wrong. After some time you will stop thinking and just go along with flow of book.

Even after finishing 70% of the book, I was not  able to say with 100% confidence who is behind all the crime; who is culprit & villain in this novel.