If you haven’t read Premchand, you have missed out on a lot

Now Reading.........
The Co-Wife & Other Short Stories
By Premchand Edited By Ruth Vanita 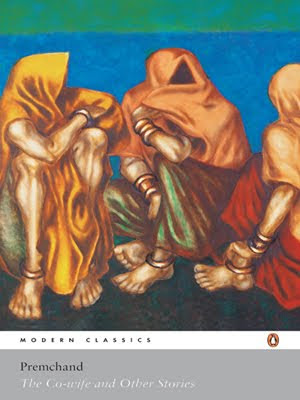 Considered one of the greatest fiction writers in Hindi, Munshi Premchand (1880–1936) wrote over three hundred short stories, a dozen novels and two plays over a prolific career spanning three decades. Though best known for his stories exposing the horrors of poverty and social injustice, he wrote on a variety of themes with equal facility—romance, satire, social dramas, nationalist tales, and yarns steeped in folklore.
The Co-wife and Other Stories brings together twenty classic tales of Premchand which provide a glimpse of the author’s extraordinary range and diversity. While some cast a harrowing look at poverty, reflecting Premchand’s sympathy with the underdog, others expose human foibles without being judgmental and tackle gender politics in a humorous and ironic manner. This collection also includes an imaginative foray into historical fiction, a nostalgic look at childhood, a comic exploration of the theme of women’s autonomy, and stories that reveal the writer’s profound empathy with animals.
Ruth Vanita’s sensitive translation captures the power and beauty of Premchand’s language, conveying the nuances of the original and bringing to life the author’s inherent humanism.