My Visit to Lonar Lake 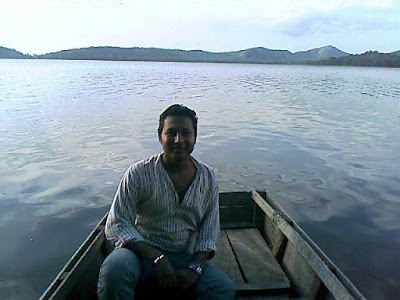 Lonar Lake, Buldana District is a nearly circular crater, suspected to have developed due to impact of a large meteorite on Deccan Basaltic rocks of Cretaceous age.
A meteorite is a recovered fragment of natural object orbiting in space, that has survived transit through the earth's atmosphere. Such hypervelocity large meteoritic impacts on earth produces craters.
Approximately 130 terrestrial craters are currently recognised, ranging in size up to several hundred kilometers in diameter and age upto 2 Ga.
The Lonar Crater has an average diameter of 1710 m, average rimheight of 40 m and depth of 230 – 245 m. The circular depression bears a saline water lake in its central portion.


The area is located just SW of Lonar town which is linked to Mehkar and Buldana by road. Lonar is about 90 km SE of Buldana. The nearest railhead is at Parbhani, 100 km SSE of Lonar.