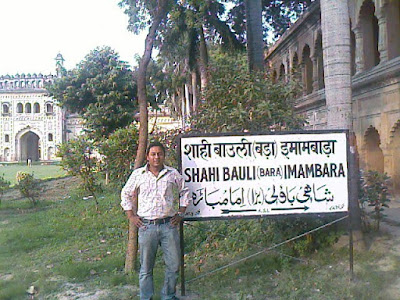 Background:
It was partition in 1947 that finally tore the city apart. By the end of the year, Lucknow’s cultured Muslims shifted to Pakistan, and the city was crowded with non-Muslim refugees from Punjab. After partition nothing could ever be the same. Those Muslim who were left were Muslim of second rung. They do not have that much talent or education to compete with business minded and affluent Punjabis. If you saw any old begum today in Lucknow you would barely recognized them. They are shorn of all their glory, and their havelies are in state of neglect. Now owners of havelies and palaces have become chowkidars. 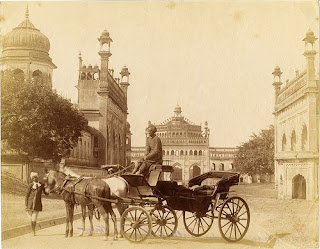 Story:
There was a nobleman who lived in Lucknow during time of Partition. He was from minor Nawabi, alone and bachelor. He used to live in small palace near Aminabad. Daily, in the evening he used to visit chaikhana (tea stall) and participate in gossips. He was a very proud man, very conscious of his noble birth, and always wore old fashion angurka. Suddenly all his property was burned down during partition. He didn’t have a job and no one knew how he survived.

Then one day he didn’t turn at chaikhana. The next day and the day after that there was no news of him either. Finally on the fourth day the neighbors began to smell a bad smell coming from his house. They broke down the door and found him lying dead on a charpoy. There was no covering, no other furniture, no books, nothing. He had sold everything he had, except his one set of clothes, but he was too proud to beg, or to tell anyone of this problem. When they did a post-mortem on him in the medical college they found he had died of starvation.